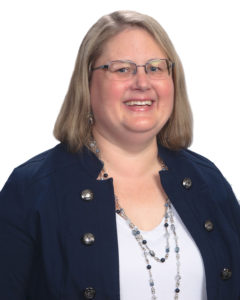 Sally O’Rourke joins Marks Education as director of school programs and outreach. She comes with over 20 years of experience working with high school and college students in a variety of settings.

Most recently, Sally served as director of college counseling at Mercersburg Academy in Mercersburg, PA, where she also managed the Marks Education Test Prep program for all 11th and 12th graders. Sally has seen first-hand the outcomes of Marks’ highly individualized test prep and the relationships the tutors build with each student, which has empowered hundreds of Mercersburg students to attain higher scores while reducing the number of tests they take. In addition, she has seen the transformation her own daughter experienced throughout the test prep program and the positive results in her test scores.

Prior to Mercersburg, Sally has served as a college counselor/school counselor at both public and independent schools in New England and the DC metro region. She has served as an application reader for Northeastern University and on the Enrollment Advisory Team at Juniata College. Her career encompasses a variety of residential settings including independent boarding schools, an ABC (A Better Chance) community house, and a Tufts University residential hall. Sally began her career as a school counselor at McLean High School in McLean, VA.  At the same time, Sally played in the pit orchestra and served as music director at Georgetown Preparatory School, North Bethesda, MD for musical productions.

When not working, Sally is a passionate Broadway musical fan, loves family game nights, enjoys sailing, and is always interested in finding new restaurants to try. She graduated from Tufts University with a double major in History and Religion and completed her M.A. in Education (Counseling) at The Catholic University of America.

Want to work with Sally?