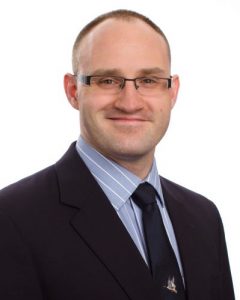 Dan Hertz studied undergraduate physics at Merton College, Oxford University, where he received a First Class B.A. (Honours) and was the recipient of several scholastic awards, including the University Gibbs Prize for excellent laboratory work as well as being both a college Exhibitioner and Postmaster. In addition, he rowed in the First VIII for his college and was part of a crew which competed at the Henley Royal Regatta.

He continued his education in physics at Cornell University where he performed research in experimental elementary particle physics, receiving his Ph.D. in 2008. In addition to his research activities, Dan was also actively involved in teaching and tutoring undergraduate students in physics. He also served as a counselor, mentor and trainer for the university’s highly regarded peer counseling service, EARS. These experiences in teaching and mentoring were significant in shaping his interest in education, mentorship, and tutoring.

Dan is especially dedicated to guiding and supporting students to help them overcome their anxieties and concerns about tests. He focuses on helping students get past difficulties they had previously found to be insurmountable, thus empowering them and allowing them to succeed at a level beyond what they had considered possible. Every student has a unique set of skills and challenges facing him and Dr. Hertz enjoys helping each one achieve his goals.

Want to work with Dan?

What our clients say about Dan

Dan Hertz has been an energetic, effective, and invigorating math tutor for our daughter Vanessa. Not only has he reviewed, clarified, and taught key concepts clearly and concisely, but he has also offered constant guidance and provided positive reinforcement regarding the necessity of good sleep and nutrition habits. His value, both academically and personally, has been immense. He has allowed my daughter and me to maintain a great relationship as she navigates the demanding schedule of challenging high school courses in a DC private school. My daughter comes out of her weekly tutoring session smiling and confident about her own knowledge and skills, a great way to start each week. The results of their time together show in her grades as well. Finally, Dan has offered invaluable advice about testing, and been a great advisor as we begin to navigate the world of testing and college selection. Always a phone call away, he has been extremely receptive and helpful in answering all a mother’s questions.

Dan Hertz worked with our son over several years to refine the skills needed not only for college admissions tests but for higher level learning. Dan is dedicated, patient, creative, kind, persistent, and always available both to the student and parents (either together or separately). He designs unique, interesting programs tailored to build on strengths and develop strategies for weak areas. Working with Dan removed much of the stress from the testing process for my son and helped him to achieve great results.